Yesterday, actor Rick Gonzales tweeted out a photo of Wild Dog’s hockey mask set next to Flash’s mask. In an interview with comicbook.com, Rick confirmed Wild Dog’s involvement in the upcoming three part crossover event. I can’t say I’m a fan of the character or that I’m excited about him joining Team Arrow but what Rick had to say definitely piqued my interest. He wasn’t able to comment on his involvement in the crossover but he did comment on the dynamic he will have with Team Arrow and the metahumans from the other DC shows.

I can’t speak on that, but what I can say is that Wild Dog will be in the crossover, and he has a huge dislike for metahumans. So we’ll definitely see him not exactly rub well with The Flash and Supergirl and that’s just another glimpse into his psyche and his ideas and thinking about the world and the idea that there are people out there who have these sort of powers and who they are. Instead of saying ’Wow, these people can do these things,’ he says, ‘no, I don’t like you because this is what you bring to the table. This is what you represent to me.’

In the comics, ‘Wild Dog’ was a star athlete named Jack Wheeler who joined the marines after he sustained a sports injury forcing him off the team—losing his football scholarship—leaving him unable to pay his tuition. His tour with the U.S. Marines was cut short after his comrades were killed by a terrorist bomb. He returned home and ended up falling in love with the daughter of a mob boss who was later on killed.

While Arrow has changed the name of the character from Jack Wheeler to Rene Ramirez, it seems his origin is still grounded in the roots of the source material. Gonzales spoke to TV Guide about Rene’s background, which character he might be closest to because of his past, and the inspiration for his costume.

Wild Dog is ex-military and we’ll soon find out why he’s no longer military and some of the issues he’s had to deal with personally. … Being ex-military, we see he is someone who knows how to handle himself, but has caused a lot of problems in his life, so he’s made things a little bit more difficult in terms of trying to help people and do the right thing. We’ll also find out about his family life and what kind of caused him to have this energy, this darkness, that doesn’t create the best teammate.

On which member he will be closest to:

I think Wendy Mericle mentioned not too long ago that Diggle (David Ramsey) was going to have a connection to Wild Dog. I thought it was really great and interesting that she brought it up, because I think if there would be anyone that Wild Dog would maybe even want to let his guard down or try to connect with, it would be John Diggle. Because throughout the entire show, he’s been the person who has the most reason and always spoke from his heart and who’s always been able to get his point across to every single character on the show. That type of energy, I think Wild Dog would respond well to.

And the inspiration for his costume:

I don’t know much except that it mirrors exactly what we see in the comics, which I thought was really cool. We do know in the comic book that Jack Wheeler is Wild Dog and he’s ex-military and also an ex-football player. But I don’t know if [Rene Ramirez’s] jersey has anything to do with him being an ex-football player or anything of that nature. But I think it’s really cool that Marc Guggenheim and everyone else decided to stay close to what he looks like in the comic book and bring that to the screen. I think the fans are going to get a kick out of that.

To read the full interview head on over to TVGuide.com

Arrow airs Wednesdays at 8 p.m. ET/PT on The CW. 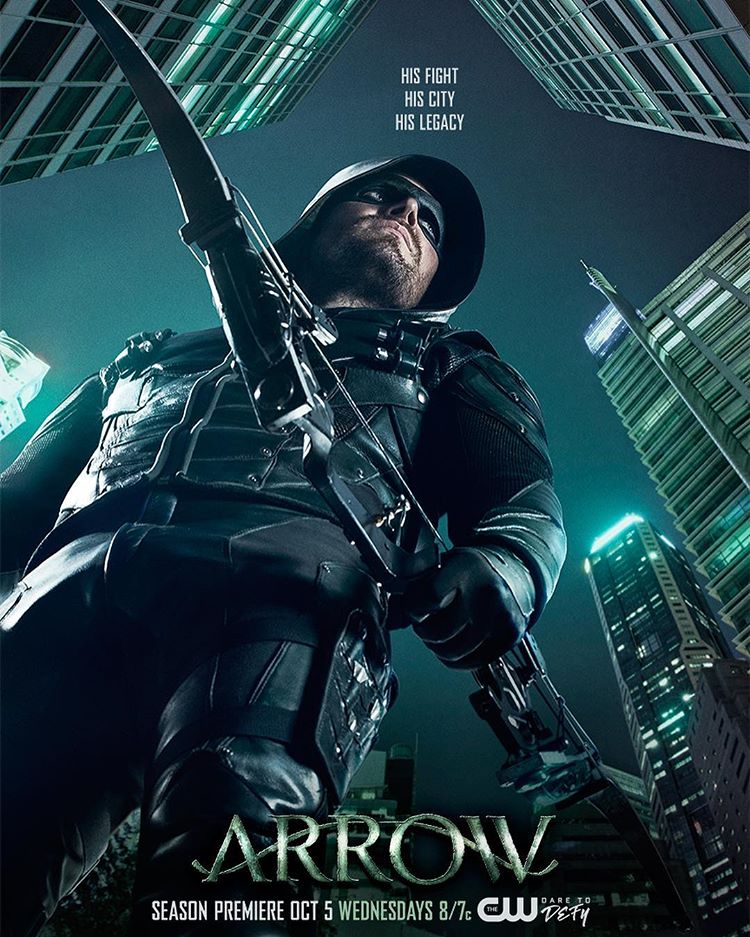