More Stranger Things 2 set photos have landed on JustJared. The photos give us our first look at Brett Gelman who plays Murray Bauman, a disgraced journalist-turned-conspiracy theorist who is investigating a cold case in the fictional town of Hawkins, Indiana. Bauman might just be the character the show needs to blow the lid off of the top-secret experiment gone wrong at the Hawkins national lab.

There are also more photos of the kids as well as some of everybody’s favorite cigarette smoking, beer drinking, pill popping, kid hating police chief, Jim Hopper (David Harbour). Production is currently underway on the second episode of season two in Atlanta. 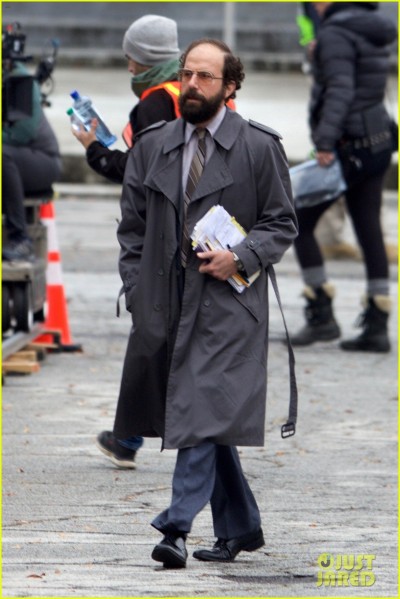 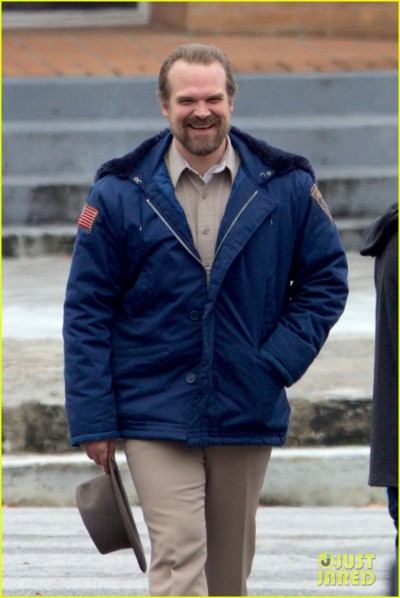 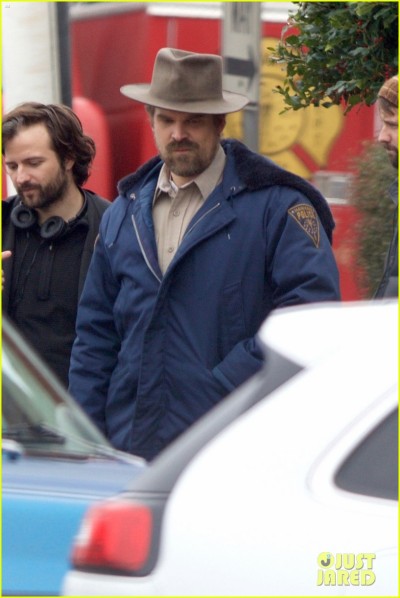 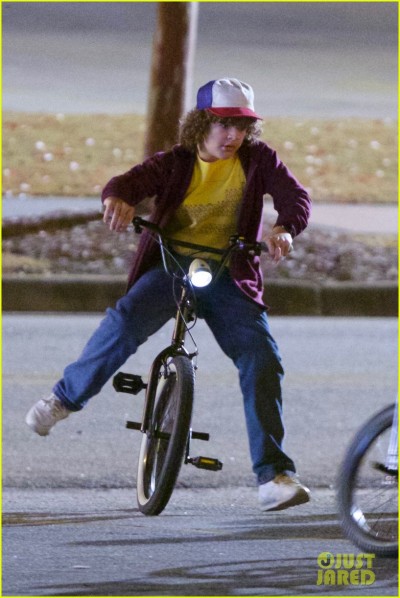