The first official poster for Dunkirk has been released by Warner Bros. Christopher Nolan’s World War I epic is one of Summer 2017’s most anticipated films. Shot entirely on 65MM the film based on true events follows a group of soldiers during the evacuation of Dunkirk after allied forces were surrounded by the German army.

Like every other blockbuster releasing next summer, Warner Bros. will also be taking the opportunity to release the trailer this week in time to run before the upcoming Star Wars spin-off Rogue One: A Star Wars Story when it debuts in theaters late Thursday night.

“Dunkirk” opens as hundreds of thousands of British and Allied troops are surrounded by enemy forces. Trapped on the beach with their backs to the sea they face an impossible situation as the enemy closes in. 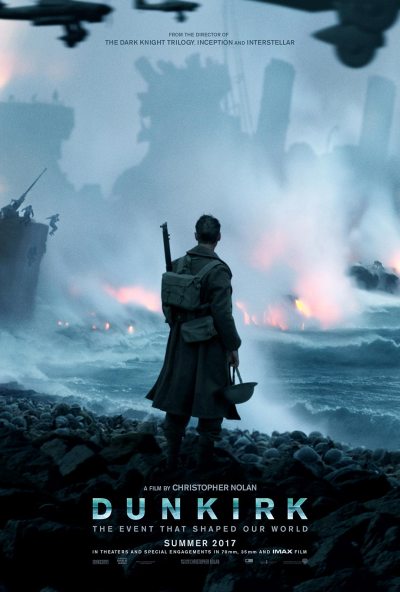