In an interview with Jetset Magazine, Yen reveals director Garreth Edwards allowed for him to flesh out his own character and that it was him who actually came up with the idea for his character to be blind. 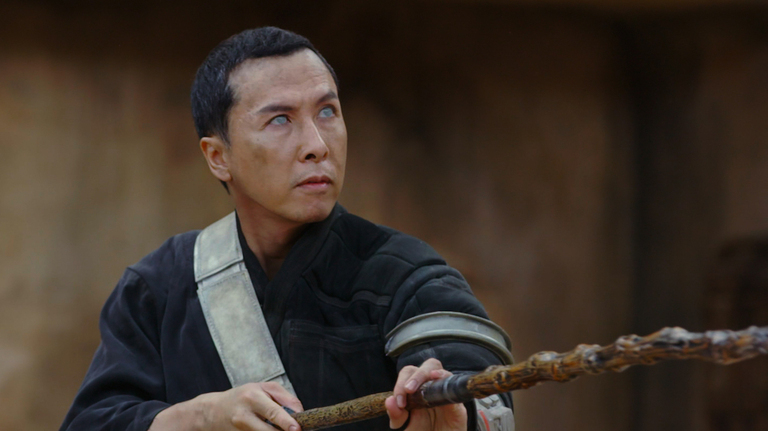 Rogue One: A Star Wars Story is only a little more than a month away. The film follows a band of rebel spies as they steal the Death Star plans to the superweapon destroyed by Luke Skywalker in the original classic A New Hope. The cast for the film which features some of the most talented actors in Hollywood today is currently making the press rounds to promote what is the first ever Star Wars spin-off from the Skywalker saga.

Donnie Yen, the biggest Chinese actor out there today, plays Chirrut Imwe, a deeply spiritual and highly skilled warrior who believes in the power of the force. His official character description on Starwars.com describes him as a warrior monk who has trained himself rigorously through physical and mental discipline. While it is said he does not possess the force, his blind character can still manage to masterfully defeat his enemies in battle both with a staff and bowcaster seen in the trailers.

In an interview with Jetset Magazine, Yen reveals director Garreth Edwards allowed for him to flesh out his own character and that it was him who actually came up with the idea for Chirrut Imwe to be blind.

It was my idea to make him blind!

It’s incredible that in a film as big as Star Wars, Edwards (and Lucasfilm) still allows for the actors to bring their own ideas and creativity to the table and serves to highlight just how much Lucasfilm is interested in bringing forth the best film possible. After learning about Yen’s contribution, I’m still left wondering exactly what I was before? Just how is Chirrut Imwe still able to participate in combat if he is blind?

Considering Jedi Knight Kanin Jarrus was blinded by Darth Maul last spring on Star Wars Rebels, leading the Jedi to learn how to use the force as a replacement for his sight, Rogue One is going to need to explain just exactly how what Chirrut Imwe did to regain some sort of sight if he is indeed not force-sensitive.

It seems the force isn’t exactly as cut and dry as it was explained by the Jedi Masters in the original trilogy. Star Wars Rebels also introduced us to the Bendu, a force sensitive creature who manages not to succumb to the dark side, but exist in a sweet spot just between that and the light. Could Yoda and Obi-Wan’s explanation of the force simply be their interpretation based on their understanding of it at that time?

The dark side is also a bit more complicated than most think as well. Yoda claimed that once you began down the path to the dark side, forever would it dominate your destiny, however. That clearly wasn’t the case for Darth Vader. The franchise also introduced fans of The Clone Wars series to Asajj Ventress and the Nightsisters who were a clan of Dark Jedi witches based on the planet of Dathomir. The Nightsisters tapped into the magical ichor which flowed from the depths of Dathomir and allowed them to harness the power of the dark side without the physical mutations that manifest once an individual commits themselves to the Sith. In other words, they were able to remain themselves.

Hopefully Rogue One will offer some clarification into just exactly what else is going on with the force. Or at the very least, how Chirrut Imwe has managed to conquer his blindness. Personally, I still have hope he is a force-sensitive individual. 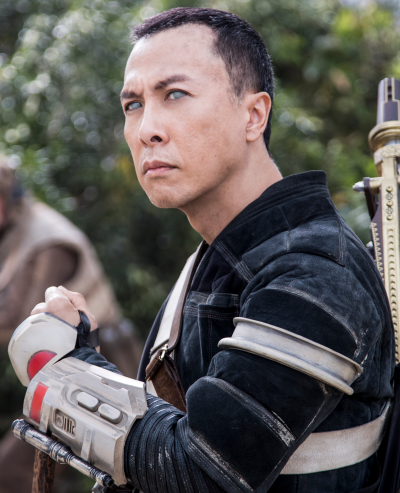