Pre-orders for Nintendo’s next generation console, the Nintendo Switch have officially gone live. Nintendo is offering two configurations of the system, one with gray Joy-Con controllers and the other with neon red and neon blue Joy-Con controllers. The console is priced at $299 and set for release on March 3, 2017. As of now, it is available to purchase from Best Buy, Target, and GameStop. Unfortunately, Amazon and Wal-Mart have already sold out.

The switch’s main unit sports a 6.2-inch multi-touch capacitive touch screen that displays a resolution of 1280 x 720. Internal memory is capped at a meager 32 gigabytes but users will be able to expand storage capacity using microSDXC cards. Battery life is said to top out at 6 hours, however, it will vary depending on software and usage conditions.

Nintendo also revealed their new online service which will allow players to play co-op and competitive games online using their Nintendo account. The service won’t launch until fall 2017, however, a free trial will begin with the launch of the console in March.

Check out Nintendo’s full presentation below. 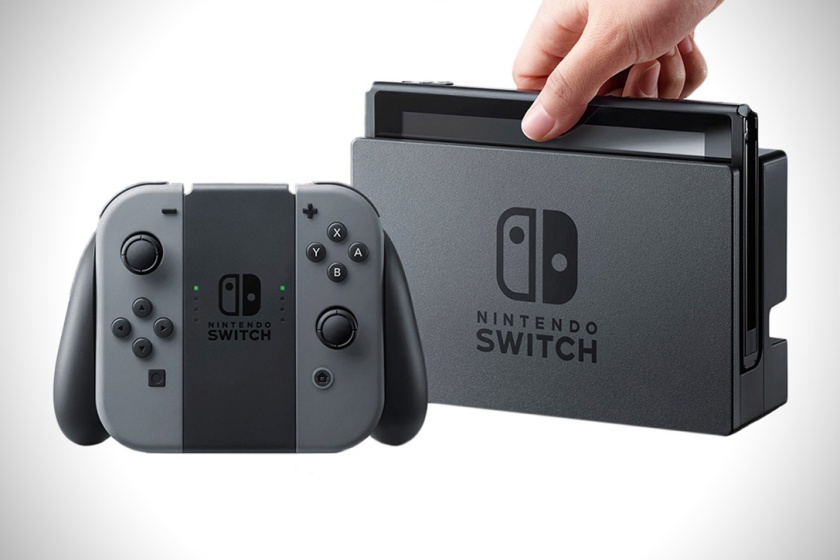