(SPOILERS FOR SEASON ONE AHEAD, OBVIOUSLY)

In the closing moments of the first season of Luke Cage, Luke (Mike Colter) was being carted off to prison after his true identity was revealed to the world. We knew it would only be a matter of time before his innocence was proven after Bobby Fish found the documents that would clear his name in Pop’s Barbershop. But in Luke Cage, the bad guys can win. And they did win. It’s obvious Luke has unfinished business with Mariah Dillard (Alfre Woodard) at the end of the series so a second season featuring Marvel’s hero of Harlem seemed a no-brainer.

Today, Marvel made it official, taking to Facebook and Twitter to announce the culturally relevant series will indeed return for a second season. Unfortunately, a release date has not been set but we can rest assured Luke will be back to help accelerate the demise of the self-destructive villains of Harlem most likely sometime in 2018.

Luke will next be seen in 2017 when the team-up series, The Defenders hits Netflix. The series pits the street level heroes of the Netflix corner of the Marvel cinematic universe against a villainous Sigourney Weaver whose role is still a mystery.

Luke Cage season one is currently available for streaming on Netflix. 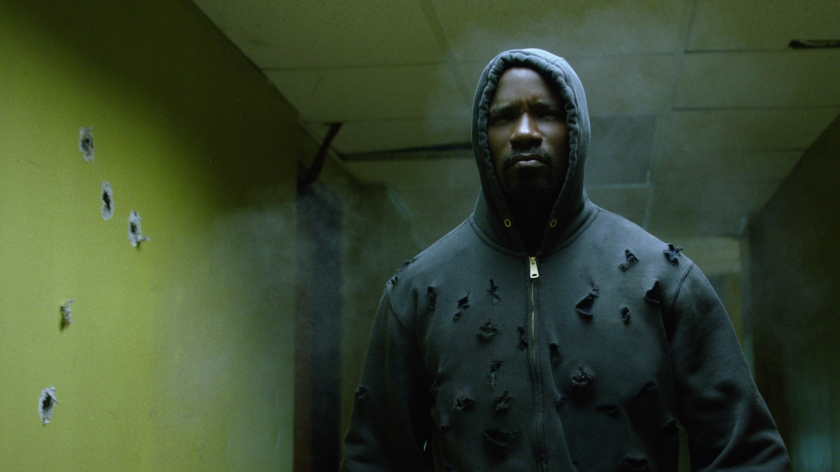 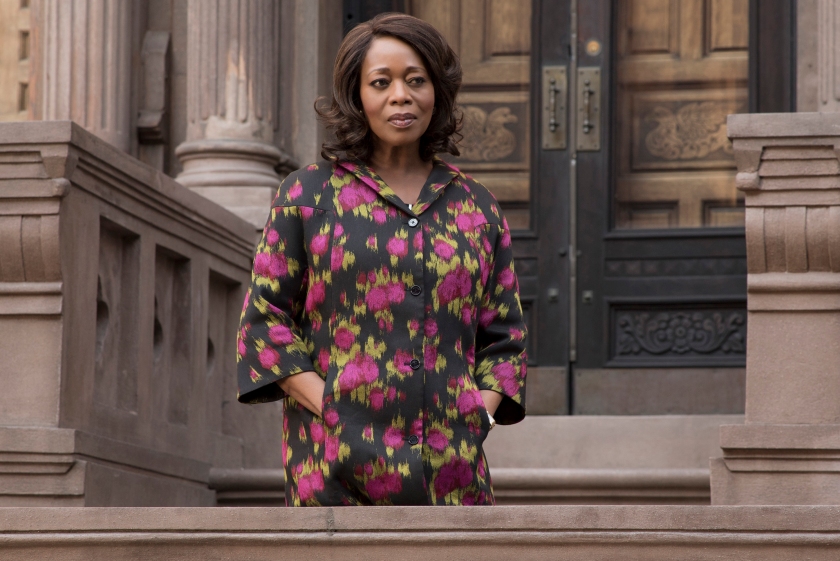 Millie Bobby Brown’s return as the iconic Eleven in Stranger Things 2 has been officially confirmed via the show’s official Facebook page this afternoon.

Millie Bobby Brown’s return as the iconic Eleven in Stranger Things 2 has been officially confirmed via the show’s official Facebook page this afternoon.

Earlier this week, TV Line reported having sources close to the production confirming Brown’s return to the series, however. Netflix declined to give a comment.

Today the cat is officially out of the bag. Shared on the Facebook page for the show is an upside down photo of the cast at the first table read for the first episode of season two which include Brown at the table. The photo also includes series newcomers Dacre Montgomery (Power Rangers) and broadway star Sadie Sink.

Earlier this week the cast made their way back to Atlanta for costume fittings. Actor Gaten Matarazzo shared a photo on Instagram of the kids going out trick or treating for Halloween but was removed within a few hours.

Executive producer Shawn Levy spoke with io9 this week regarding heightened expectations for season two and mentioned filming for the second season was about to begin.

We start shooting imminently. We’re going to table read a bunch of episodes, that’s the first step this week.

Brown also took to Instagram to announce the return of Eleven herself.

011 is back! It's official, can't wait to be back working with this lovely cast again for #strangerthings thank you to the amazing duffer brothers for having el back for a second season!❤️

Since the bittersweet finale of Stranger Things teased Eleven could still be out there, fans have been clamoring for confirmation of the iconic characters return in the second season. TV Line reports sources close to the production have confirmed Millie Bobby Brown will indeed be making her return as Eleven.

Since the bittersweet finale of Stranger Things teased Eleven could still be out there, fans have been clamoring for confirmation of the iconic characters return in the second season. TV Line reports sources close to the production have confirmed Millie Bobby Brown will indeed be making her return as Eleven.

While Netflix declined to provide a comment to TV Line we do have another piece of evidence that suggests not only will Eleven be back, but she will be back in the first episode of season two.

A photo posted to Instagram and Twitter by Gaten Matarazzo last night shows the kids dressed up for Halloween ready to go trick or treating in Atlanta. To the right is Brown which all but confirms her presence in the second season. The photo was taken down just a few hours after it was posted. 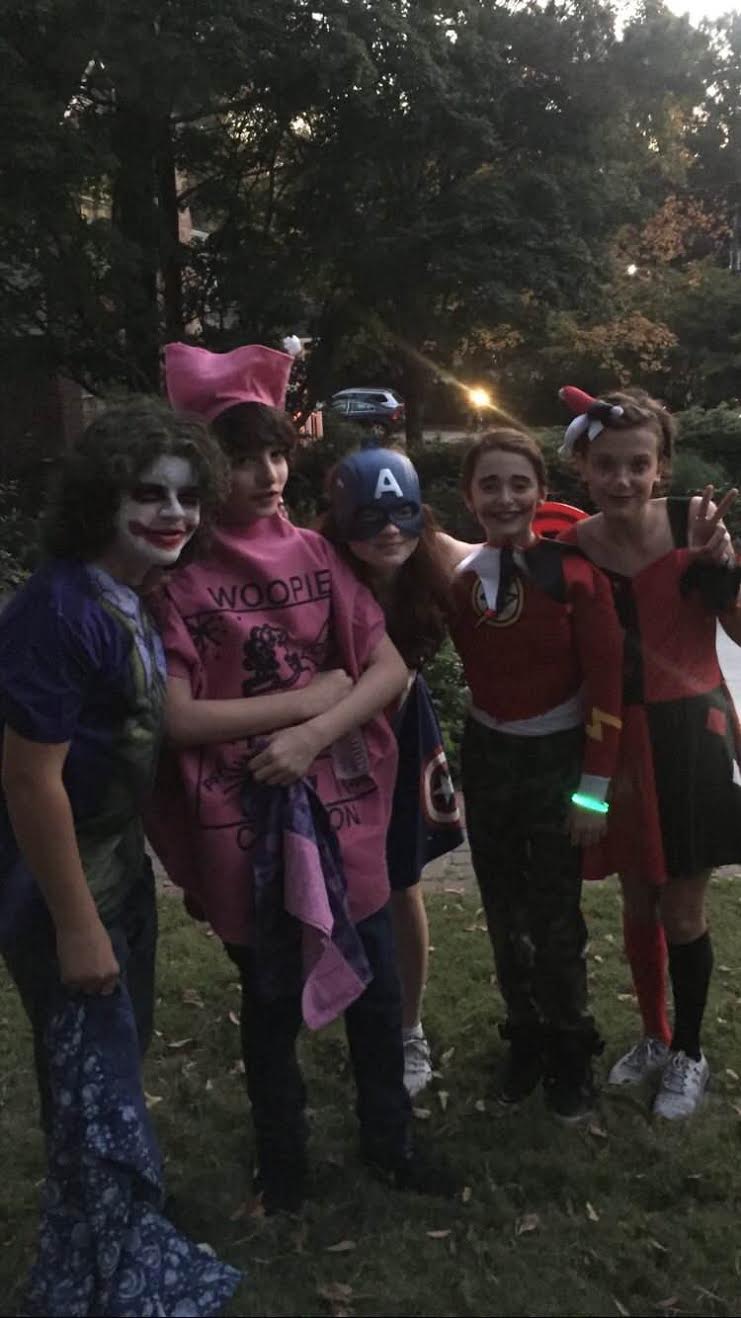 Also, in the middle is newcomer Sadie Sink who plays the character of Max, a tough tomboy who rides her skateboard everywhere she goes. Her complicated past has made her suspicious of those around her.

The cameras are set to start rolling on the second season this week.

The cameras are ready to roll on the sequel to this summer’s smash hit Stranger Things. David Harbour — who plays Chief Jim Hopper — took to Instagram this morning to share a photo of himself back in the iconic Chief Brody meets Indiana Jones costume.

The cameras are ready to roll on the sequel to this summer’s smash hit Stranger Things. David Harbour — who plays Chief Jim Hopper — took to Instagram this morning to share a photo of himself back in the iconic Chief Brody meets Indiana Jones costume and we couldn’t be more excited! Now somebody get that man his coffee!

The Netflix smash hit Stranger Things rolls into production on the sequel in about three weeks. When the second season was announced it was revealed that the new season would see three new characters added to the mix — one for each generation of characters.

The Netflix smash hit Stranger Things rolls into production on the sequel in about three weeks. When the second season was announced it was revealed that the new season would have three new characters added to the mix — one for each generation of characters.

The Hollywood Reporter has learned that Sadie Sink and Dacre Mongtomery will be joining the cast as series regulars.

Sink will play Max, a tough tomboy who rides her skateboard everywhere she goes. Her complicated past has made her suspicious of those around her.

Montgomery, star of the upcoming Power Rangers reboot will play Max’s older step brother Billy — a typical 80’s jock who steals girlfriends out from their boyfriends and drives a black Camaro while he isn’t busy playing drinking games. Underneath he is said to be violent and unpredictable. Sounds like Steve’s former buddy Tommy has found his new best friend.

The new characters are said to be compelling but first and foremost in service of the core group of characters introduced in season one.

Noah Schnapp and Joe Keery have also been upgraded from their recurring roles to series regulars.

The second season will pick up with the original cast a year later and deal with the portal that is still open to the upside down.

The adventure continues in the fall of 1984.

The second season of the Netflix smash hit was always a part of the plan.

In just a few weeks Stranger Things 2 officially begins production. The hype around the show since its premiere in mid-July hasn’t died down and The Duffer Brothers are riding it all the way up right until the moment they call action for the sequel.

In an interview with THR, The Duffers confirmed that they had been greenlit for a second season before the show had even premiered and become the pop culture phenomenon it is today.

They greenlit the second season before we even premiered. So when everyone was going, “Is there going to be a second season?” we had been writing the entire time. So we’ve been working on this almost all summer.

It drove me crazy. “Please, can’t we just tell everyone we’re doing a second season?”

Netflix has its mysterious ways, but it actually ended up working because it had built up to this fever pitch. I guess that’s what they were intending to do all the time.

“People are still finding season one so giving that time to breathe,” Yeah okay Ross, no one bought that for a second.

The Duffers revealed the nine episode titles in a teaser trailer last month for the sequel which has been part of the plan from the start. While the episode titles could still change, fans have taken to the internet (including myself) to speculate on just what exactly the titles could mean and what other 80’s films they could be pulling influence from.

Matt: Netflix had another teaser, but it was about going back to stuff that had happened already. I thought it wasn’t exciting enough, and we wanted to provide some hint of where we were going in season two without giving anything away. I do think some of the titles will change. There were titles we didn’t want to put on there because we felt like it would give too much away. The whole season was already broken when we did this.

Ross: So we did have a lot that we could tease.

Matt: Even if they aren’t the final chapter titles, everything in that teaser is major. But they’re ambiguous enough that no one is going to be able to figure it out. Some of the fan theories online are amazing. Most are wrong, but I’ve read a few that are right or very close. Is it Reddit? Some of those people have figured stuff out based off of the chapter titles.

Ross: Some of these theories are elaborate and smart. They’re not crap. I love reading this stuff.

It has already been said that the sequel will take its biggest inspirations from Indiana Jones and The Temple of Doom, Aliens, and Terminator 2. Based on what we know along with the new episode titles, it’s easy to guess that the sequel will take place on or around Halloween or that instead of just one Demogorgon — there will be Demogorgons. The episode titled “The Palace” stood out to me as it instantly made me think of Pankot Palace from Temple of Doom. I pictured The Goonies dropped into the the mine shaft chase sequence from the end of Temple. While I doubt anything like that will happen, the sequel will have a bigger budget along with the action genre injected into the mix of the supernatural mystery horror thriller so one can hope.

As the start date for season two closes in on The Duffers, they are now searching for the newest cast members who will join the iconic characters introduced in the first season. Finding the right kids to play Mike, Eleven, Dustin, Lucas and Will was a long process. Unfortunately time is not a luxury they can afford anymore but given how incredible of a job casting director Carmen Cuba did casting the first season, there is no doubt she will find the perfect talent to add to the series.

Season two will introduce us to a new character for each generation. The one who is raising the most eyebrows is a young girl named Max who will join the kids while riding her skateboard everywhere she goes.

We did a wide, wide search for one new kid that we’re adding. She’s a cool new character.

To read the full interview head on over to THR.

The adventure continues in the fall of 1984.