Last year, Star Wars took over four blocks of Hollywood Blvd. with one of the biggest premieres in history and this year looks to be no different. Tonight Rogue One: A Star Wars Story will make its world premiere at Grauman’s Chinese Theatre. The event which will be live-streamed on StarWars.com and Facebook will be hosted by Andi Gutierrez, Peter Townley, Anthony Carboni, and David Collins. The live stream will feature exclusive red carpet interviews with the director and cast of Rogue One, as well as other Star Wars alum such as Mark Hamil and Peter Mayhugh. It all begins at 5 p.m. PST.

Lucasfilm has also dropped two new clips from the film featuring Jyn’s rescue from captivity and another revealing the U-Wings approach on Eadu which contains the music from the score that hit the web yesterday. 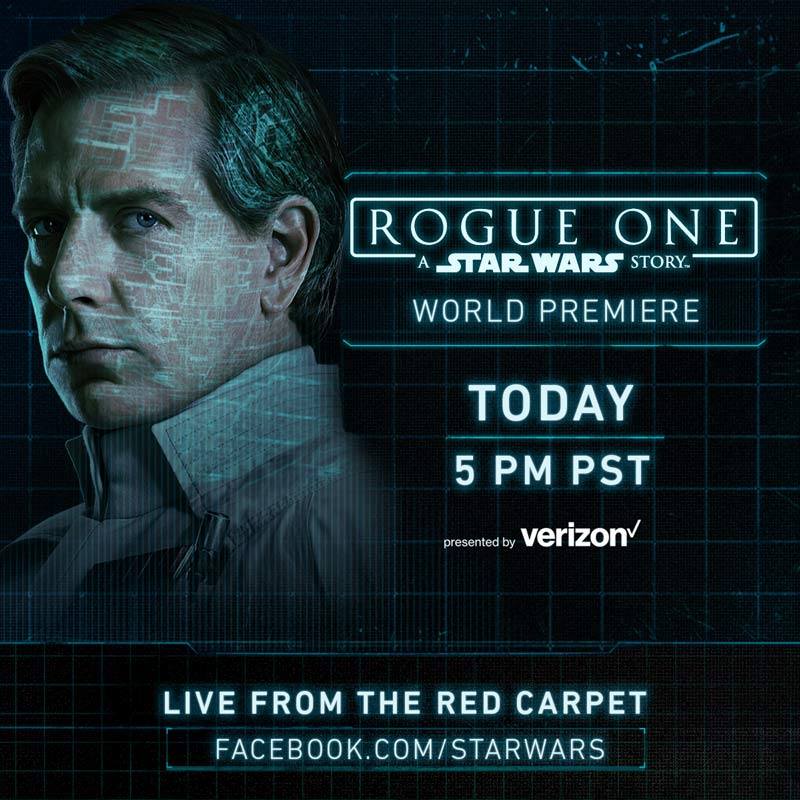