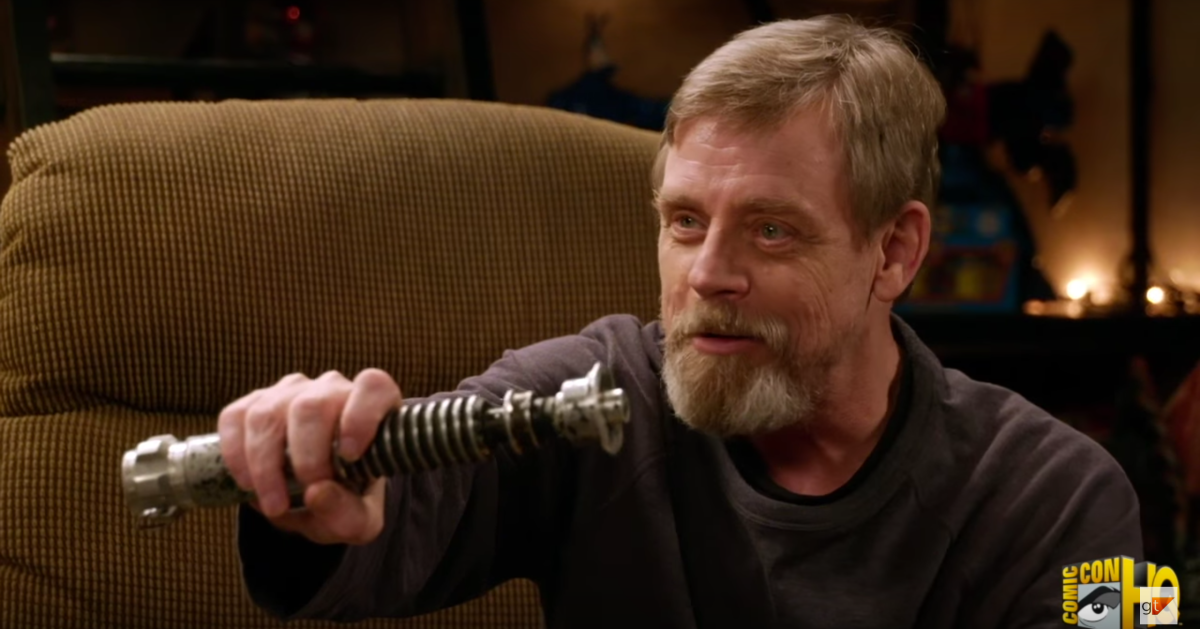 The moment Luke Skywalker wields his green lightsaber from Return of the Jedi in Episode VIII is my most anticipated moment from the next chapter in the Skywalker saga. But it turns out we are in luck as a pop culture collector has reunited Mark Hamill with the original prop that was used in Episode VI.

The clip made available to GeekTyrant comes from the next episode of Hamill’s new streaming series Pop Culture Quest which is available on Comic-Con HQ. The series follows Hamill as he meets pop culture collectors and helps them share their passion with the world. Check it out below!